Amazing book (first published in 2004) from my favourite author – the Oxford novelist Philip Pullman. In my mind I always put him in one line with such classics as John R.R. Tolkien and Clive S. Lewis.

The Clockwork you might want to connect with many different subjects and make it an exciting cross-curricular topic for a half-term. There are clocks for Maths, clockwork mechanisms for Physics, intriguing novel structure for English, and global life questions for Philosophy (humanity and humanism) and PSHE. Oh, and History and Geography (Germany) as well, because you might want to do a lesson about History of Time, talk about the Rathaus-Glockenspiel of Munich and finally, end up with modern Robotics.

The author uses the literary technique called parallel authorial commentary.  It feels like the author is always there, standing behind and telling us his opinion about the character’s decisions and the consequences of their decisions.

A complicated emotional situation of Karl, who wants to win by any means, even though he’s not prepared to be a winner. He might not know that every price has its burden and it might be difficult for an unprepared person to carry it. Karl is probably too young to understand that a prise moment is too short and much less important than the actual mastery of the skill. When you learn to do something as good as your second nature, you are able to overcome the difficulties that the praise can bring, and the praise itself becomes much less important.

Here are some quotes you might want to use in this discussion:

“…but had you ever considered that our lives are clockwork, too?…. We can control the future, my boy, just as we wind up the mechanism in a clock. Say to yourself: I will win that race – I will come first – and you wind up the future like clockwork.” (p.35, words of Dr. Kalmenius to Karl)

On the next page the author explains us, that “you don’t win races by wishing, you win them by running faster than everyone else” (p.36).

“That’s the problem with Karl: he was afraid of failing, so he never really tried.” (p.36)

An discussion of this part of the book might raise a very important questions on how people learn and work through the mistakes. You might also want to cite Master Yoda from Star Wars, as he said (in Star Wars: The Last Jedi), “The greatest teacher failure is”. 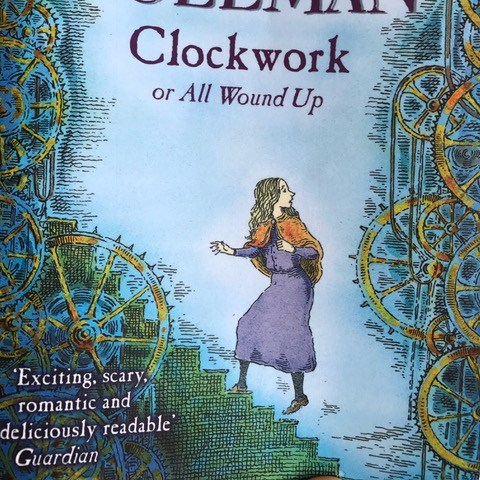 View all posts by Irina